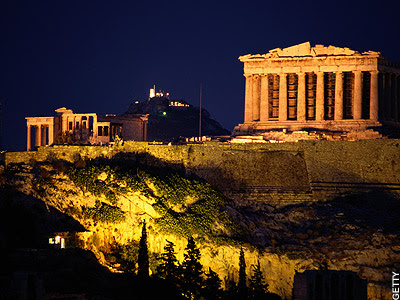 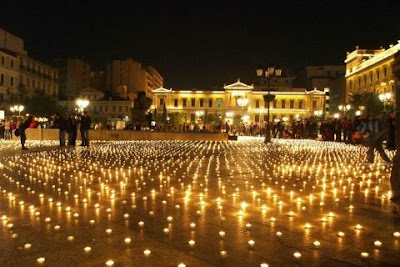 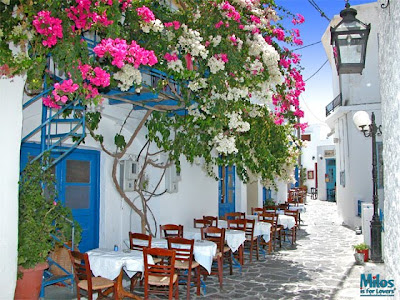 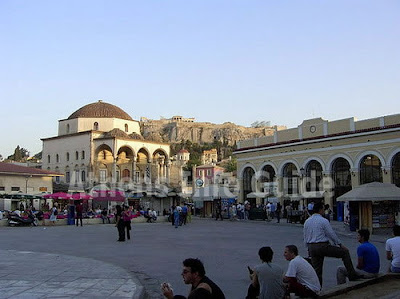 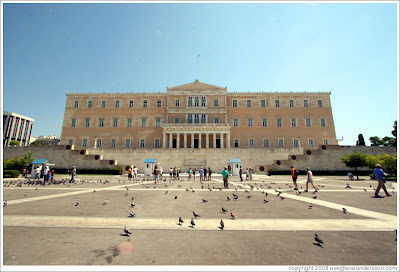 Modern Athens is a major European city, vibrant and safe, where history meets with
comfort and fascination. The Acropolis is one of the world’s most famous
landmarks and Greece’s history and culture, combined with the nightlife, a
wonderful climate, traditional cuisine and renowned Greek hospitality are just
some of the countless attractions Athens has to offer.
They provide a unique opportunity for those visiting the cradle of the concept of democracy, an
experience you never will forget.
If you think of seeing Athens in one day, don't bother because you will have been in Athens
but you will not have seen it. Do yourself a big favor, take enough time to
discover Athens. Afterwards you'll be very happy you did. The Athens info Guide
will help you prepare your visit to the birthplace of the concept of democracy.
If you have been to Athens, these pages may be a strole down memory lane for you.
We will be happy to hear from you with your thoughts on this guide, with questions or suggestions. The contact page tells you how to get in touch so..... don't be shy.
You will find this little turning globe throughout this web site. Clicking it will lead you to a location map related to the topic on that page.
Athens (Athina) is named after Athena, the goddess of wisdom, who, according to
legend, won the patronship over the city after defeating Poseidon in a duel.
Modern Athens was born in 1834, when the city was restored as the capital of a newly
independent Greece. After World War II, American money funded a massive
expansion and industrialization program. The rapid growth of the post-war years
and the high temperatures of its Mediterranean climate, have created a city that can often be polluted.
Excessive traffic creates a gridlock on the streets of Athens and noxious fumes in the
air although great efforts are being made to reduce this. Over three million visitors come to the city each year but the majority see the sights as quickly as possible, as if fulfilling some cultural duty, before heading off for the easy hedonism of the Greek islands. They are proven to be wrong.
Athens repays a closer acquaintance. In addition to the celebrated classical sites,
the city boasts Byzantine, medieval and 19th-century monuments as well as one
of the best museums in the world and areas of surprising natural beauty.
Despite the traffic, an appealing village-like quality becomes evident in the
cafes, tavernas, markets and the maze of streets around Plaka. Moreover, Athens
has the finest restaurants and the most varied nightlife in the country and
remains a major European center of culture.
Major projects include the new, now fully functioning, Eleftherios Venizelos
international airport, the extension of the Athens metro system, the building
of new sports venues and the upgrading of hotel accommodation. In addition,
ancient sites within the city center are being linked by a traffic-free
archaeological promenade intended to enhance the urban environment for locals and visitors alike.
Athens is a tourists' heaven..... if you are willing to take the time to see it.
By: LiLA (London)
Αναρτήθηκε από orgismenoi ΟΡΓΙΣΜΕΝΟΙ http://orgismenoi.blogspot.com/ στις 22:48